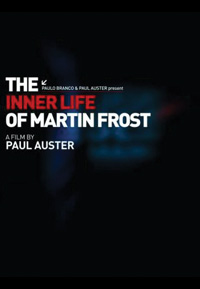 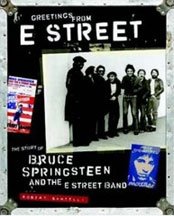 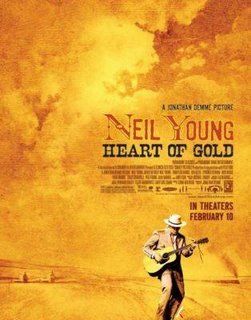 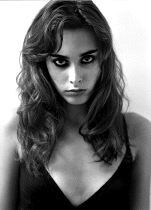 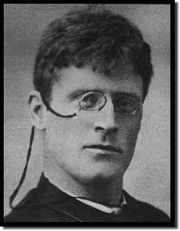 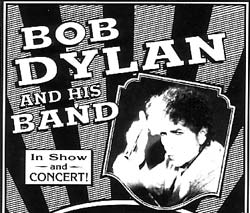 'Travels in the Scriptorium': La Sinopsis 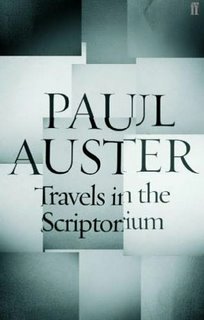 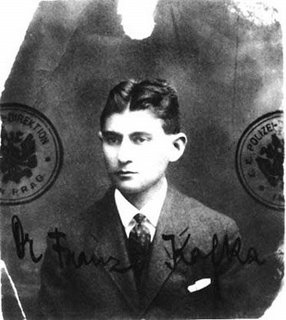 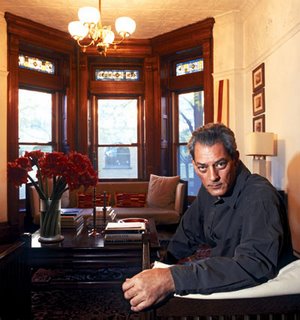 Paul Auster
Author, 58
“From a strictly anthropological point of view, I discovered that Brooklynites are less reluctant to talk to strangers than any tribe I had previously encountered. They butt into one another’s business at will (old women scolding young mothers for not dressing their children warmly enough, passerby snapping at dog walkers for yanking too hard on the leash); they argue like deranged four-year-olds over disputed parking spaces; they zip out dazzling one-liners as a matter of course. One Sunday morning, I went into a crowded deli with the absurd name of La Bagel Delight. I was intending to ask for a cinnamon-raisin bagel, but the word caught in my mouth and came out as cinnamon-reagan. Without missing a beat, the young guy behind the counter answered: ‘Sorry, we don’t have any of those. How about a pumpernixon instead?’ Fast. So damned fast, I nearly wet my drawers.” (excerpt from The Brooklyn Follies)
Photographed in his home in Park Slope. 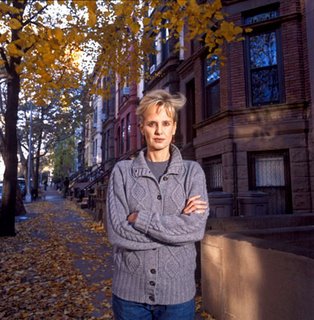 Siri Hustvedt
Author, 50
“I was born in Northfield, Minnesota and I came to New York in 1978 to study at Columbia and I never left. My first memories of New York, when I came to look at Columbia the first few days, were of the Korean grocery shops with the flowers and fruits outside and the vivid colors of those things. And the subway, I loved the subway. I was still discovering urban life and I loved graffiti, the garbage. Everything was exciting to me. I had a big romance with New York City.I moved to Brooklyn after I met Paul in 1981. I spent a lot of time visiting him in Carroll Gardens before moving in with him some months later. I didn’t know Brooklyn at all and there was a part of me that thought ‘I’ve spent my whole life trying to get out of Minnesota and to Manhattan and now I’ve fell in love with this man in Brooklyn.’ But very quickly I became a Brooklyn booster. We lived together in Cobble Hill on a romantic, mid 19th century street.Before we bought this house, when we were living together and finally able to afford some place bigger to live, Paul said to me ‘Okay, we can do anything you want. We can move back to Manhattan, we can go to the suburbs, anywhere.’ The thing was that I had no intention of going anywhere else. I wanted to stay in Brooklyn very much. I was terribly happy here. We bought this house about 13 years ago and we’ve been living in it for 12 and a half years.Another interesting thing is that my mother, who is Norwegian, and grew up in the most Southern town in Norway, had heard about Brooklyn her whole childhood. This was because there was a huge immigration of Norwegians in the late part of the 19th century to the United States. Some of them moved to the Midwest like my father’s grandparents, but many moved to Brooklyn. My mother, for years, thought that only Norwegians lived in Brooklyn. She thought it was an entire region of Norwegians, which is a wonderful thing.And I think, just philosophically, that one of the best parts of living in Brooklyn is the presence of immigrants who are here now. Even Park Slope, that has become very bourgeoisie since we have been here, has a much stronger feeling of immigrant presence than most parts of Manhattan. Just down the street, the apartment building on the corner has every type of nationality in it. It’s amazing.As a writer, I feel that most of my novels have a delayed effect in terms of place. My first novel was set on the Upper West Side. My second was set in a mythical version of my hometown in Minnesota. My third was set in SoHo where I lived very briefly and the novel I’m working on now is set in Brooklyn on Garfield Place. In that way, the neighborhood, after some time living there, does sink into my work.”
Photographed in near her home Park Slope. 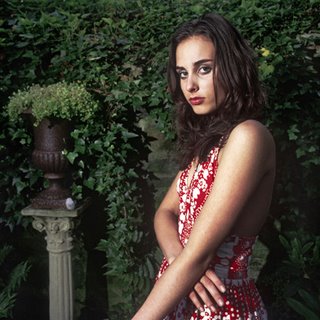 Sophie Auster
Musician/actress, 17
“It’s more intimate than the city. Especially in Park Slope – it’s a small town in a way. I used to go to Berekely Carrol which is really close by to my house – over on Garfield Place. And I went there basically from kindergarten all the way up to eight grade and then I left. So basically all the kids lived close to each other and so everyone could watch each others houses. You see a lot more diversity in Brooklyn than anywhere else – you can see a black woman with a Jewish guy, holding hands in the street. There’s just a good mix of people here. I also like how everyone is out in the street in the daytime, walking around. And there’s always some odd little things going on, people playing there guitars in the street, yard sales, kids playing in the schoolyard of PS 231.I do love Manhattan, and find myself hanging out there and going to school there, but all my friends say that they love coming to Brooklyn – that it’s so pretty and that I have such a big house as compared to all the cramped Manhattan apartments.”When I was an infant we lived on 3rd street in an apartment with my family and that was tiny and then we moved when I was about 6 to this house. I hated it at first because when we visited I thought we would have to inherit all the furniture that was in the house. I was like ‘I don’t want that sofa in our house!’ But then when I realized I could roller-skate in the new house that’s when I started loving it.I think the quiet atmosphere where I live has inspired me as a person and an artist. Hustle and bustle and noise can also do that but separation from that can also inspire you. I have both because I come home from Manhattan into this more quiet atmosphere. I mean things close down at midnight. There’s not as many people on the street when it gets into the wee hours of the night. In the city people are out till 6 in the morning – it’s nice to have a more peaceful place to come home to.It’s also nice being surrounded by artists and meeting all of my parents interesting friends – many of whom live in the neighborhood. People who live in Brooklyn are just generally cooler than people who live in Manhattan because they are not so caught up in the scene of the city.”
Photographed in her backyard in Park Slope.
Publicado por Aitor Alonso en viernes, agosto 04, 2006 3 comentarios: